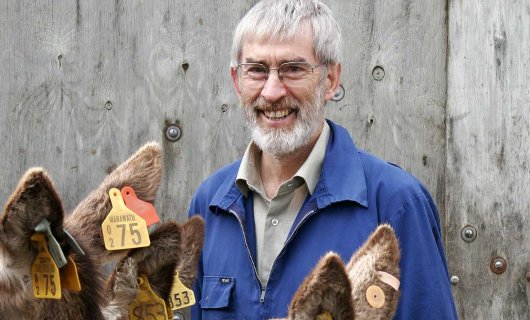 He received the industry award for his outstanding contribution over 40 years. In its citation, the Deer Farmers Association described him as a prolific researcher and author as well someone who has engaged with industry and the community. "Peter Wilson stands tall in the history of the development and evolution of the farmed New Zealand deer industry, clearly in the advancement of deer health programmes, but equally in a whole farm system view based around productivity improvement, and systems analysis."

Professor Wilson also has a long history of involvement with the Veterinary Association. He set up its deer branch more than 30 years ago and chaired it for 20 years. The association is the only membership association representing New Zealand veterinarians. It has more than 2000 members and just seven current life members including Professor Wilson. It says he has "done an exemplary job of leading the deer branch with vision, flair and wisdom".

He says he is humbled to receive the honours. “It has been an exciting and challenging industry to be part of, but most satisfying is the privilege of working with outstanding colleagues, students and industry people who have contributed so much to my career, so this award recognises their contribution as much as mine.”