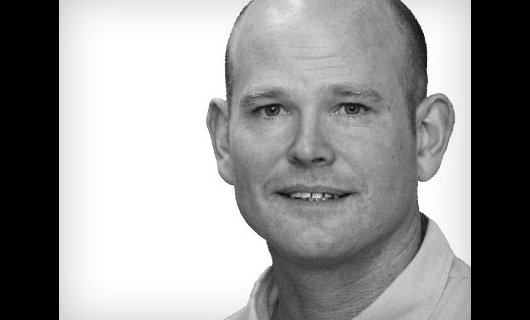 Doctors are alarmed at the unprecedented discovery of a superbug found in chickens that has now jumped across to infect people around New Zealand.

A new superbug has been found in chicken from three of New Zealand's four major poultry suppliers.

Groundbreaking research reveals the new antibiotic-resistant strain of campylobacter spreads to humans, which could make it hard to treat serious cases of infections.

Campylobacter occurs naturally in the gut of chickens but is the leading cause of food poisoning, with about 7000 cases reported each year.

The antibiotic-resistant strain was first found in 2014 and has now been identified in human cases in Manawatu, Auckland and Wellington.

The study, by Nigel French of Massey University and ESR microbiologist Debbie Williamson, found three of the major poultry suppliers in the North Island tested positive for the strain. A fourth was still waiting for test results. The pair would not name the companies.

The resistance means two antibiotics - fluroquinolene and tetracylcines - would fail in treating the infection. But eurythromycin, which is most commonly used to treat the infections, was not resistant.

Williamson said it was worrying that the new strain had come from an animal host and had passed to humans.

"Any time antibiotic resistance is found in the food chain and passes to human populations, there is no doubt there is a concern for public health," she said.

It was not clear how the campylobacter became resistant but it was possible it was due to DNA mutation or through chicken feed being pumped with antiobiotics.

The researchers are now working with the Ministry of Primary Industries to determine where it has come from, the extent to which it has spread, as well as methods to reduce its resistance rate and prevent it spreading.

The study's authors would not reveal which North Island poultry suppliers had tested positive for the strain, but "it was surprising how quickly it appeared in all of them".

The four major suppliers of poultry in the North Island are Inghams, Tegel, Brinks and Turks. A spokeswoman for Inghams would not confirm or deny the company was among those supplying poultry with the antibiotic-resistant strain to supermarkets. The rest did not respond to requests for comment.

Poultry Industry Association executive director Michael Brooks said the association funded the study and the antibiotic-resistant strain was "a surprise to us" but there was no danger to humans.

"This isn't about company naming and shaming. The key matter here is letting consumers know that if by some rare chance they contract campylobacter from chicken that has been mishandled or inappropriately cooked ... it doesn't matter which company the chicken came from - the antibiotic prescribed as the first line of defence, eurythromycin, is resistant to this strain and they will start to feel better," said Brooks.

He said that if other antibiotics were needed to treat a disease other than campylobacter in humans, they should still work.

Professor Michael Baker of Otago University said New Zealand has the highest rates of campylobacter in the world, and in some cases it could be fatal.

Fresh poultry is the most commonly-sold meat in the country, which could explain the rise of infections.

Although cooking and freezing can kill off the bacteria, many people contaminate their kitchens and fridges with it before that happens.

"The only way to deal with it properly is to get it out of the food supply. No other food makes that many people sick. If it was a new food it would be off the shelves immediately," Baker said. "Campylobacter is the most dangerous thing people take into their kitchen but they don't know about it."

There is no evidence that organic or free-range chickens contain less campylobacter than any other.

Earlier this week, a study published by infectious diseases journal The Lancet warned the world was on the cusp of a "post-antibiotic era" that could lead to untreatable infections.

If bacteria became completely resistant it would mean a return to the medical dark ages and common infections could again become deadly, while surgery would be extremely difficult.

"It's a real worry, the growing resistance to antibiotics. It's a real threat to human health."

The NZ Veterinary Association has announced 2030 as an aspirational target date for New Zealand to no longer need antibiotics for the maintenance of animal health and wellness.


Back to news items