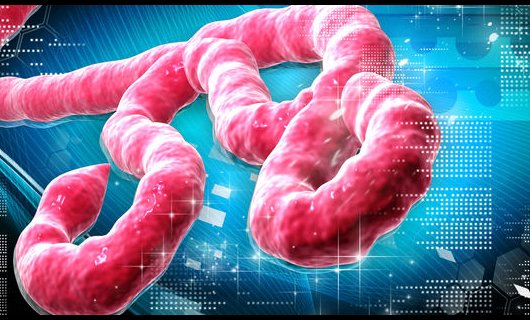 New research co-authored by a New Zealand scientist has linked deforestation in Central and West Africa to the deadly Ebola virus.

The study, published today in journal Scientific Reports, finds that forested areas that were being cleared were also hotspots for the bat-borne virus, which killed more than 11,000 people in West Africa and caused global panic in the most recent epidemic.

While previous research has addressed how the virus spread among human populations, and how it could be contained after an outbreak, scientists have been trying to better understand the processes that led to the outbreak, in hope of stopping future epidemics before they can start.

Massey University's Dr David Hayman and colleagues looked at forested regions in Central and West Africa where Ebola outbreaks had already occurred, and then analysed how fragmented the forest cover was in these areas.

"We found that Ebola virus disease outbreaks had occurred in areas that were hotspots of deforestation," Hayman said.

"This suggests that the risk of Ebola virus disease is increased for people in fragmented forest regions."

In this context, deforestation was a concern as it brought humans into contact with wild animals, some of which could infect people.

"In the case of Ebola virus, it appears bats are reservoirs, and although we do not know the exact mechanisms, other research has shown more generalist fruit bats, such as those that have been linked to Ebola virus, increase in numbers in fragmented forest patches," he said.

"Based on our finding, we speculate that when people fragment the forests they inadvertently are increasing the likelihoods that they will come into contact with Ebola virus hosts."