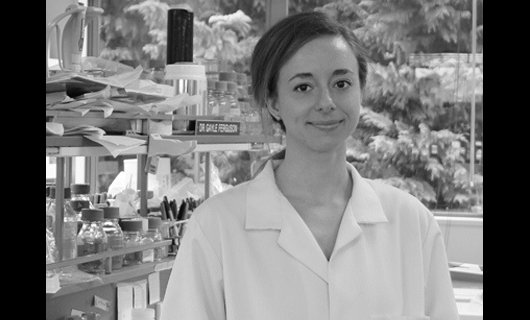 I work on the plant pathogen Pseudomonas syringae, which numbers among the most destructive bacterial pathogens of food crops. The P. syringae species complex comprises dozens of strains with highly specific interactions with diverse host species and cultivars. Kiwifruit infection by P. syringae pv. actinidiae (Psa) produces symptoms ranging from necrotic leaf spot to oozing stem cankers. An aggressive new lineage referred to as Psa-V emerged in 2008 and was soon detected in most of the world’s kiwifruit growing regions, including New Zealand. Psa-V has had a devastating impact on kiwifruit cultivation, as it is both highly transmissible and the severity of infection frequently results in the complete destruction of orchards.

Modern agriculture remains vulnerable to significant losses caused by microbial pathogens, particularly where it relies on crops with limited genetic heterogeneity. The commercial cultivation of kiwifruit is largely reliant on the vegetative or clonal propagation of gold ‘Hort16A’ (A. chinensis) and green ‘Hayward’ (A. deliciosa) cultivars. Unlike most other crops, whose domestication began millennia ago, kiwifruit was domesticated less than a century ago. This presents us with the unusual opportunity to study the initial stages in the emergence of an agricultural pathogen. Our recent genomic and population analysis of more than 30 Psa strains has provided some insight into the origin and evolution this destructive infectious disease.

Untangling the origin and evolution of Psa

Kiwifruit outbreaks over the last three decades have been caused by distinct lineages of Psa. Each lineage of Psa exhibits little within-clade diversity, and patterns of polymorphism among Psa-V strains isolated during the recent global epidemic are consistent with the expansion and diversification of a single clone within the last decade (Figure 1).Evidence of between-clade recombination suggests the ancestors of each clade coexisted in a potentially non-agricultural source population. Outbreaks likely occurred as a result of transmission events from the source population, followed by selection in agricultural environments for host specialization. An isolate of Psa-V exhibits more rapid spread in ‘Hort16A’ compared to earlier Psa isolates, and an apparent tradeoff in systemic spread in ‘Hayward’ is suggestive of Psa-V specialization on ‘Hort16A’. The expansion in commercial cultivation of susceptible gold kiwifruit genotypes during the last decade may have exacerbated the severity of the latest outbreak. All lineages of Psa harbour unique repertoires of predicted virulence factors and toxins. Despite these differences, strains from the earlier outbreaks can grow to high levels in both cultivars. Figure 1: Phylogeny of Psa and recombination between canker-causing Psa clades. RAxML Maximum likelihood phylogenetic analysis of 32 draft and complete genome sequences based on 15,329 SNPs and 463,396 invariant sites (A). Each phylogenetic group is assigned its own color. With the exception of a single Italian strain (*) isolated in 1992 grouping with the Japanese clade, the canker-causing Japanese, Korean and low-virulent foliar NZ isolates form monophyletic clades reflecting their geographic origin, while global isolates from the 2008–2010 outbreakform a single clade.  A Splitstree analysis of recombination predicts recombination between canker-causing clades of Psa (B). doi:10.1371/journal.ppat.1003503.g002

The source population may be a reservoir of novel pathogen variants. Defining the population structure and host range of Psa isolated in wild and agricultural environments will clarify the evolutionary potential of this pathogen in response to disease control, and assist plant breeders in developing cultivars of kiwifruit with broad resistance to the pathogen population rather than a single strain.

This work has recently been published in PLOS Pathogens and is available online: